The History of IHRIM 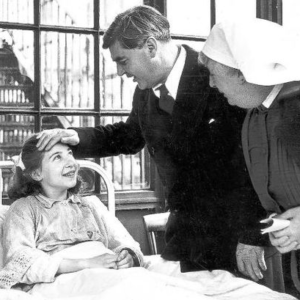 The UK’s NHS and Record Keeping

The NHS was founded in July 1948 -seventy years ago this year, and whilst the NHS we have inherited today is a vastly different beast, it has managed to hang on to its fundamental principle: to be free at the point of care.

To most of us who don’t know any different, we assume that it is our right to have this service delivered at no cost to ourselves. Well it hasn’t always been so. In the early decades of the 1900’s patients in the UK had a reasonable healthcare service although inequalities in the provision of care were evident[i]. That care was delivered by multiple systems and organisations with little or no integration. Only about half of the population was included in National Health Insurance schemes, leaving children, homemakers, older people and the middle class without cover. Patients had to pay to see their GP. The GPs (family doctors) were completely independent of any state interference. Often, especially in rural practices, their dining room was a waiting room except at weekends. Bills were sent out to those who could afford it but not to those who couldn’t, and this payment could be in ‘local currency’ other than cash, e.g. a salmon or freshly baked apple pie!

There were also charges for hospital visits (means tested) or contributory insurance schemes. The safety-net of the ‘poor-law’ hospitals, for those who couldn’t afford any hospital treatments, carried a certain amount of stigma which was becoming increasingly unpalatable.

The precursor to the NHS that we know and love therefore wasn’t a barren landscape, (in fact the provision of healthcare pre-1948 was still regarded as one of the best in the world!), but it was fragmented, patchy and unfair.

In 2018 not only is the NHS celebrating its 70 year anniversary, but IHRIM is also reaching that milestone. Understandable, really, when you think that any national health service would need to have a competent, accurate and efficient method of record keeping.

IHRIM is the Institute of Health Records & Information Management and has evolved from the initial AMRO (Association of Medical Records Officers) to celebrate its 70th anniversary in style at Manchester Art Gallery in October 2018.

Why choose Manchester for the 70th celebration? 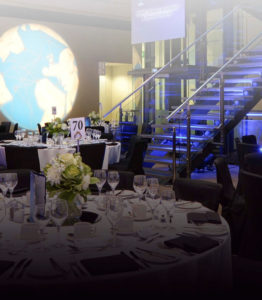 We are experiencing unprecedented change in this NHS as technology offers alternatives never dreamt of back in 1948 and the ability to record, store and retrieve clinical records on medium other than paper becomes a reality.

What doesn’t diminish however is the need to manage that record. Medical Records Departments full of big fat paper casenotes are being replaced over time with digital records and the Departments to support them.

‘Medical Record keeping but not as we know it Jim!’

So in 1946 it was agreed to set up a professional body for medical records managers advocated via columns of ‘The Hospital’ journal and the first meeting of interested parties took place in Manchester. In1948 AMRO was constituted with Bernard Benjamin as Chairman and Else Royle as Secretary. 1950 saw the opening of full-time training schools at Royal Free Hospital, London and Royal Victoria Infirmary, Newcastle, and the formation of the Examination and Tuition Advisory Committee. 1952 saw the first International Congress on Medical Records in London followed the next year by the Constitution of International Federation of Medical Record Organisations (IFHRO) which would become IFHIMA in time.

A change of name in 1976 AMRO becomes Association of Health Care Information & Medical Records Officers. 1994 saw another name change with AMRO becoming IHRIM (UK) and in 2018 The Data Protection Act updated to GDPR, IHRIM initiated development of the document naming standard by PRSB and IHRIM celebrated its 70th year

The 70 years journey was celebrated at the Manchester Art Gallery with a prestigious event very well attended with guest speakers. The event also encompassed the twice-yearly IHRIM Awards ceremony which reinforces the need to ensure continuous flow of new staff bringing energy and enthusiasm to the crucial role of accurate record keeping.