IFHIMA as a volunteer organization relies on the time and talent of our volunteers, as we have no paid personnel.  Lorraine Nicholson from the United Kingdom, and volunteer extraordinaire, has served as the Membership Chair for the past six years and has recently resigned this position.

We  extend a hearty “thank you” to Lorraine for her years of service to IFHIMA in her role as Membership Chair, as well as her many years in servicing as the unofficial IFHIMA Board liaison to Africa, where she is affectionately known as “The Mother of HIM.”  Her decades-long commitment to Africa has nurtured new leadership in the five African national members, as well as new HIM professionals in these and other countries.

Her tenure on the Board as Regional Director, President Elect, President, and Past President was from 2000-2013.  Of note, Lorraine attended her first IFHIMA Congress in 1984 in Auckland, New Zealand, which sparked a lifelong commitment to the Federation.  During her term as President she led us down a progressive path, overseeing the Federation name change from IFHRO to IFHIMA at the 2010 Congress in Milan, Italy.

Lorraine is continually sought after as an international consultant in all areas of Health Information Management, being widely respected professionally for her knowledge and expertise.

This is not “bon voyage” to Lorraine’s IFHIMA involvement.  Rather, it’s wishing her well in the next phase of her retirement and we look forward to her feedback, advice and wisdom to the Federation she influenced and shaped! 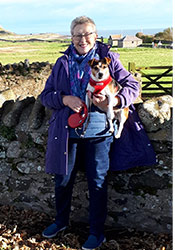 IHRIM, the Institute of Health Record and Information Management, serving the United Kingdom for over 75 years has some excellent resources on their website.