Dr. G.D. Mogli, as a founder/president formed HIMA India in 1972; since then  associated with IFHIMA.  At the Grand Council meeting of IFHIMA Congress, two new active members’ the HIMA India and the German Association were affiliated; Dr. Mogli and Ruth Zwick were selected as Directors and were welcome to the General Council Meeting in the 7th International Congress in 1976. Since then, Dr. Mogli has participated and presented papers in all the IFHIMA Congress till 18th Congress held in Japan.  After HIMA affiliation with IFHIMA; the government in cooperation with WHO has accomplished the following during the years 1976-80.

During the 7th Congress I had wonderful opportunity to have met the fast, present and elected Presidents and all the national directors of member countries.  This new contact helped a lot in developing HIM field and imparting training to hundreds of professionals in Nine Nations.

I had a unique opportunity of meeting Dr. Boga Skrinjar WHO representative in Afghanistan in 1975.  Elsie Royle Mansell in 8th Congress held in Netherland, she liked my article published in IFHIMA Newsletter relating to “Celebration of 1980 as the year of Medical Records” and requested to send all my published articles; which I sent, she was thrilled and kept contact till her passing away in 1986.  I shared with Gerald Wakely in designing the IFHIMA Logo and working as a member of Publication Committee and Chairman of Developing Countries during the years 1980-84; surveyed 12 nations Medical Records status; presented final report to IFHIMA Executive Committee in the 9th Congress.  (Insert picture one)

IFHIMA has transformed HIM profession excellently with the limited resources. My sincere gratitude for having received tremendous support from Dr. Skrinjar, Carol Lewis, Phyllis Watson, Lillian Gauthier, Lorraine Nicholson, Margaret Skurka, Angelika Handel, Marci Donald, Lorraine Fernandes, Yukiko Yokobori and many others who have passed away for their excellent work. 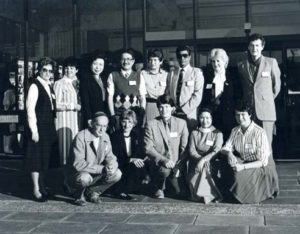 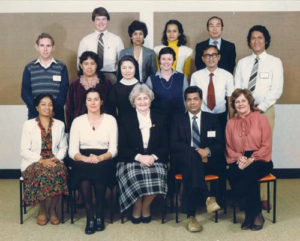