As we know, the International Federation was established in 1968 at the 5th International Congress on Medical Records in Stockholm, Sweden under the leadership of Elsie Royle Mansell (UK) and Mary Rose (USA). In the early years, there were people, outside the profession, who believed in what we stood for and strongly supported us as we progressed to the strong international association we are today. One very special person, is Dr Boga Skrinjar, who was Chief, Development of Health Statistical Services, at WHO, Geneva.  In 1968, Dr Skrinjar spoke at the 5th International Congress, in support of Elsie Royle Mansell, in urging members to form an international organization. This was the beginning of a strong liaison between WHO and IFHIMA, which is still with us today.  In 1976, Dr. Skrinjar outlined the work of WHO in relation to medical records and how the two organisations could work together. She stressed the need to: use the medical record to its full capacity; give particular attention to health records outside hospitals; and particularly the need for the education and support of medical record personnel in developing countries. In 1984 she became IFHIMA’s second Honorary member,

When Boga Skrinjar celebrated her 99th Birthday on 14th July this year, I wanted to remind members that we are indebted to her for so much and wish her well in her 99th year. 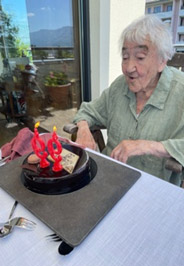 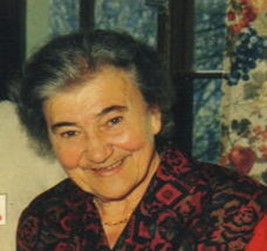