Congratulations to ALL the volunteers through the 50 years to make it possible for IFHIMA to turn 50!! Budgets have been lean, volunteer time is precious with the demands of full time positions, families and other life commitments.  The IFHIMA Presidents before and those long after me have and will have a profound dedication to […]
Read More

IFHIMA Congresses, what can I say?  Truly a life changing experience, and some of my most treasured IFHIMA memories. The very first Congress I ever attended was after I joined the Board as the Regional Director for the Americas, in 2010.  It was held in Milan, Italy.  It was so incredible and amazing to meet […]
Read More

Happy Golden Anniversary IFHIMA! In November 2010, I was afforded one of the greatest opportunities of having firsthand experience of what an IFHRO, now IFHIMA, Congress was all about.  That opportunity came about when Miss Carol Lewis, an IFHIMA Past President and Honorary member of the then Jamaica Medical Records Association (JMRA) now Jamaican Health […]
Read More

In 1995, I was the President of AHIMA and Linda Kloss was the Executive Director.  We both realized that AHIMA (AMRA at the time) needed to become more involved in IFHIMA (IFHRO at the time!) and we decided to attend the IFHRO Congress in Munich, Germany.  Much to my surprise, Carol Lewis declared I was […]
Read More 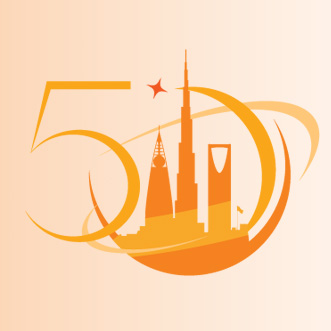 2018 marked the 50th anniversary of IFHIMA!!  Activities highlighting this achievement began earlier in 2018 and will culminate at the 19th IFHIMA Congress in Dubai.  Look for a grand, golden celebration as already evidenced in the gold tones to the Congress logo. Over the next 18 months IFHIMA Global News and a new, special section […]
Read More
1

With my appointment as head of the Medical Records of the National Center for Mental Health in 1984, I joined the Philippine Medical Records Association, who was then a member of IFRO. From then on, I attended a lot of training, seminars and conferences where I gained buckets of knowledge concerning Medical Records Management. In […]
Read More

The opportunity to help IFHIMA celebrate its Golden Jubilee has given me the chance to reflect on my own HIM career. I will have been a Health Information Manager for 39 years by the time this article goes to press. It has been a privilege during that time to encounter and work with all sorts […]
Read More
1

Dr. G.D. Mogli, as a founder/president formed HIMA India in 1972; since then  associated with IFHIMA.  At the Grand Council meeting of IFHIMA Congress, two new active members’ the HIMA India and the German Association were affiliated; Dr. Mogli and Ruth Zwick were selected as Directors and were welcome to the General Council Meeting in […]
Read More

2007－My first IFHIMA Congress It was the 15th Congress in Korea in 2007 when I participated in the IFHIMA Congress for the first time. Japan Association of Health Information Management (JHIM) enrolled in IFHIMA in 2006, and I attended the General Assembly as National Director. At that period, being engaged in the training of health […]
Read More
Page 1 of 212
Scroll