Change, transformation, and courage were the dominant themes of the AHIMA19 Health Data and Information Conference in Chicago.

“Without health information professionals and your skills, the healthcare machine stops. Without you, data is not properly managed,” she said.

Empowering HIM and Patients

Audience members had the option to choose between two General Session tracks. In the first, Watzlaf discussed the scope of the work of the American Medical Association’s (AMA) Opioid Task Force with David Barbe, MD, MHA, past president of the AMA, and Patrice Harris, MD, MA, current AMA president.

Barbe and Harris agreed that better collaboration between clinicians and HIM professionals makes a difference to patient care.

“[HIM professionals] help doctors take care of patients. Through data collection you can capture information more efficiently,” said Barbe. “The advent of the [electronic health record] and tremendous changes, such as ICD-10 and [emerging] payment models have brought HIM to the fore.”

In the second general session track, Alexandra Mugge, deputy chief health informatics officer at the Centers for Medicare and Medicaid Services (CMS), spoke about interoperability and the power of the Patient Access Initiative.

“Patients are no longer passive participants; they now have the ability to be empowered consumers of their data that puts them in the driver’s seat to make the best and most informed decisions about their health,” Mugge said.

Doug Lindsay, who was bedridden and homebound for 11 years due to a mysterious illness, shared his inspiring story about his quest for medical solutions and the innovative surgery he ultimately developed that saved his life.

From the confinement of his bed, Lindsay read journals, textbooks, articles, reviews, and case studies. His research led him to H. Cecil Coghlan, MD, a medical professor at the University of Alabama at Birmingham who believed in Lindsay’s search for answers. Their combined efforts led to multiple medical scans that revealed bilateral adrenal medullary hyperplasia.

Lindsay is determined to help others suffering from rare conditions find a space for answers and—hopefully—more cures through the Lindsay Center for Collaborative Care and Innovation.

Building Toward the Future

Incoming AHIMA President/Chair-elect Ginna Evans, MBA, RHIA, CPC, CRC, FAHIMA, addressed the audience on the final day of AHIMA19 and shared her vision for the future for the profession and the association. She challenged the audience to dream big for their future.

“Change is scary. Disruption is scary. Being left behind is even scarier,” said Evans. Two of the keys to not being left behind, according to Evans, are the ability to think creatively and inventively. “Creativity and innovation are still places where humans have an edge over machines.”

Giving a voice to under-represented patients is the goal of the winner of AHIMA’s inaugural Pitch Competition, sponsored by Eclat Health Solutions and LeapFrogBI and hosted in collaboration with MATTER. More than 50 healthcare innovators applied for AHIMA’s Pitch Competition, which called for cutting-edge solutions that improve the connections between people, systems, and ideas to transform health and healthcare.

Drugviu, a population health platform, won the first-place $5,000 award. Drugviu is a data-based solution that provides usage information on medications prescribed to minority populations based on the experiences of others who have taken the medication.

Owusu said the idea for Drugviu came after speaking before the Food and Drug Administration on medical device safety. “I learned about the under-representation of people of color in research involving medical device safety and I learned there was severe under-representation in medical trials and clinical trials,” he said. “People are responding because there is a need to understand and to be included,” he said. “We also want to encourage the medical community to be more inclusive of communities of color.” 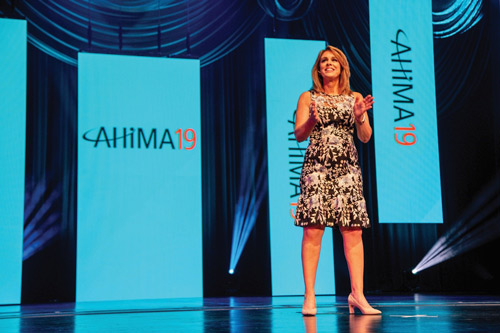 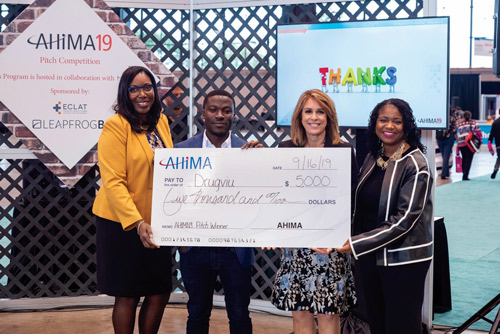 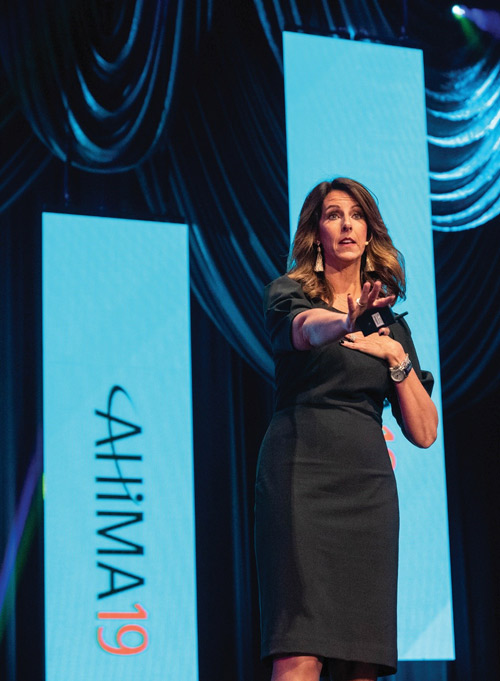